Remind me not to make use of metro systems in cities. I remember now that I cannot connect the dots between five different lines of transportation. But I purchased a day ticket so I could go anywhere. So I just walked my heart out. Overall I probably walked fifteen miles, and the rest was on the s Bahn and U Bahn.

I walked through a few areas with Leopold, and he showed me an Indian restaurant that was absolutely delicious. He then showed me a local park that had some statues. It was just another park that was nearby in his district. I read the German description. It had been built at the same time as when the United States had declared its independence.

Let me reiterate that really quick… A random park that people frequent and hang out at, as if it were just the park next door, had been built just under 250 years ago. Berlin is so full of history. 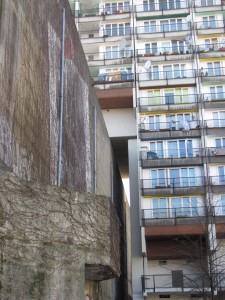 Among them are some bunkers, and buildings made around them, literally. The German engineering that went into these bunkers was so, that the expense of man hours and explosives costed more than simply leaving it and building around it. So then they did just that.

After Leopold and I parted ways, I decided to just go somewhere. So I explored several neighborhoods, market areas and Alexanderplatz, which is just huge. Even in open areas of Berlin, people walk fast. I am just under the average pace, and I am tall!

There are obvious differences in the living spaces that are here. Most of it has to do with the rebuilding of Berlin, and a lot of the buildings look like the projects that I have seen from Russia. They are very, very long. It was a bit surreal, as I have not seen building arrangements like this– especially this large.

What I noticed the most was, despite the cultural diversity in some places, people keep to themselves. They are goal driven, even for the simplest things. Everything has an intent and purpose, whether it is to get to the Bahn or otherwise. I enjoy this greatly.

And my, are the women gorgeous. Of course I didn’t get pictures of them of course. Here is hoping to me finding mine. 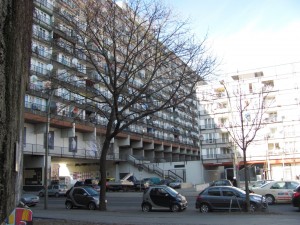 1 thought on “Lost in Berlin”